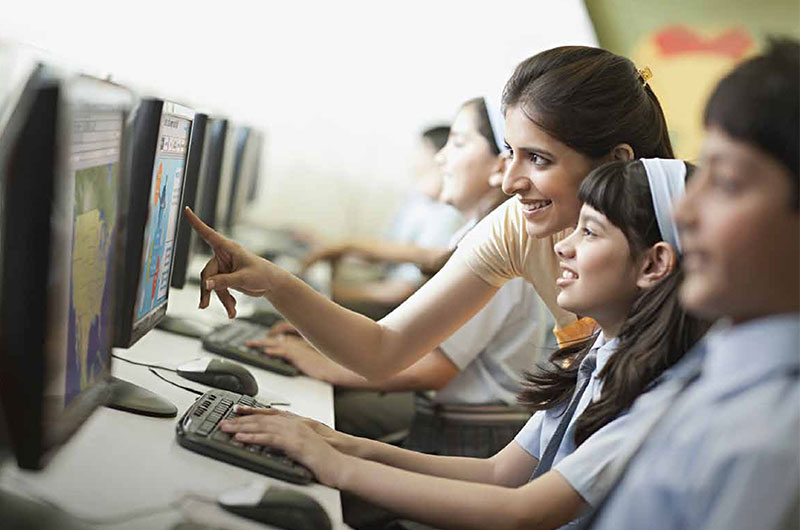 To say that learning English language is perhaps the most dominant aspiration in India, or elsewhere, sounds clichéd. To most Indians it sounds unbelievable or bizarre that English is not the most spoken language in the world. Learning English has become a ‘must’ because it has emerged as the international language of education, and for business. English is the most common second language in the world. The process and method of learning a second language has been a key concern within schools and even otherwise.

There are several approaches to teaching and learning languages. The systematic approach to learn a second language is better known as Instructed Second        Language Acquisition (ISLA). The Routledge     Handbook of Instructed Second Language Acquisition, Edited by Shawn Loewen and Masatoshi Sato, (Routledge, New York and London, 2017) is one of the recent anthologies on this subject. It presents a

vast range of theoretical and empirical studies to understand the methods and conditions that enable or facilitate the acquisition of the second language.

Task-based language teaching (TBLT) is another important approach to language learning, which is emerging as a favoured method world over. It uses day to day tasks as a peg for effective language learning. TBLT presents a very effective way of learning English and traces its origin in a landmark study conducted in India earlier.

“The basic idea is that the use of language is closely related to the things children do. The actions and experiences create the need for language, and language helps them to access the experience, once it is done.”

completing it. Task-based language teaching (TBLT), which is a development of communicative language teaching (CLT), has emerged as one of most favoured methods of learning English in various parts of the world today. TBLT is a learner-centred approach in which learners perform tasks interactively in small groups. In this method, language learning is integrated with the practical experience of doing. It aims to promote language learning by means of tasks that create interactionally authentic contexts for the use of language.

The language learning is task-based, not text-based. In contrast to a text-based language learning involving listening to, or reading, a “dead” script of someone else’s effort or writing with reference to the ‘text’ which may be out of their immediate context, in TBLT learners need to learn how to do a task themselves. It is interesting to underline here that what is known as TBLT today has had its roots in an innovative project initiated in India in the 1970s. Better known as the “Bangalore–Madras Project” or the Communicational Teaching Project led by N.S. Prabhu.

It was an initiative combining theoretical rigour and conceptual clarity with a commitment to evolve a classroom methodology suited to local conditions. Located in eight classes of seven regional-medium schools (including three Corporation or Government schools) in Karnataka and Tamil Nadu over a five-year period, its aim was to provide learners with “deployable” language. The project sought to create in the classroom “conditions in which learners engage in an effort to cope with communication”, i.e. “understanding, arriving at, or conveying meaning”. A “task-based” methodology, argued Prabhu, leads to the “negotiation of meaning” and “meaning-focused activity” in the classroom.

The project convincingly demonstrated efficacy of language learning methods not just in terms of target-language resources, but all the other resources learners have at their disposal including conjecture, gesture, knowledge of conventions, numeracy, and the mother tongue. Thus, as the methodology evolved out of classroom practice, teaching passed from the hands of “specialists” to regular classroom teachers.

In other words, with the help of language, children enrich their relationship with the actions and tasks they do.

Before we outline the features of TBLT, it would be pertinent to refer to the latest research reported in the online edition of the journal Cognition, which has conclusively found that the window for language learning is open until the age of

17.4 years of age. Based on a study of nearly 700,000 English speakers, researchers from Boston College, MIT and Harvard have discovered that the optimal years to learn a second language extend to the cusp of adulthood.

It has been common knowledge that children learn languages more easily than adults. But to know exactly as to when the ability for knowledge acquisition declines remained a mystery until now. “What we’ve found gives us a dramatically different understanding about why children learn a new language more efficiently and completely than adults,” said Boston College Assistant Professor of Psychology Joshua K. Hartshorne, a co- author of the study with MIT Professor Joshua B. Tenenbaum and Harvard Professor Steven Pinker.

Coming back to methods of language learning, most of the schools in India, and elsewhere, practice communicative language teaching (CLT). CLT is based on an inventory of the structural properties of the target language and a methodology more popularly known as presentation- practice-production (PPP). In the PPP model,     the first P is where the teacher presents an item of language in a clear context to get across its meaning. It is followed by a controlled practice stage where students must repeat target items through collective or individual drilling – fill the gaps or match halves of sentences etc. to ensure that student uses the language correctly, and helps them to become more comfortable with it.

“The core understanding of TBLT is that language is acquired when attention is focused not on language form, but on the meaning of messages.”

Thus, in a task-based lesson, the teacher doesn’t pre-determine what language will be studied. The lesson is based around the completion of a central task. The language, then, studied is determined by what happens as the students complete it. Tasks are the real-world activities students think of when planning, conducting, or recalling their day. That can mean things like brushing their teeth, preparing breakfast, reading a newspaper, taking a child to school, responding to e-mail messages, making a sales call and so on. Some tasks could be mundane, some complex. Some may require language use, some may not. Tasks are used as the content of a ‘task syllabus’. The learning is guided by a sequence of pedagogic tasks of progressively increasing complexity. In short, TBLT aims to help learners acquire new language incidentally from both the input and interactions that tasks create. It draws attention of the learner to the form of language that arises naturally during the performance of a task.

It is high time schools teaching a second language took serious cognizance of the Task Based Language Teaching method.